Skip to content
Welcome to the 17th launch of BlogBlast For Peace aka Blog4Peace. Please sign the Mr. Linky at the bottom of this page so that we may read your beautiful peace posts and visit each other. You can even enter your social media post url.
Most peace posts/globes stream on social media platforms instead of blogs. Doing a hashtag search will get you to many more postings in the coming days. Thank you so much for continuing to speak peace in the world.
Enjoy the view and be inspired!
Dona Nobis Pacem in the Blogosphere began in 2006 and is held annually on November 4th. Our theme for 2022 is “No Freedom. No Peace” and my peace post is called….
UNBOUNDED 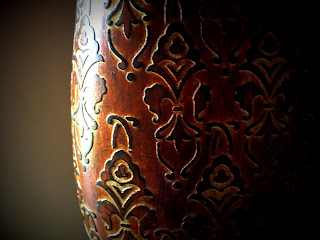 I woke up smelling rain….and thinking of dahlias.Seeing a girl so newly married and in love that if you told her the sky was purple she would have believed it if it came from his eyes. I was that girl.
Standing beside the carport of our first modest house, I was planting petunias and dahlias, covered in straw mulch, stardust and dreams. Perched beneath the eave of a green house under a peculiar blue sky, I remember the smell of that rain. Wondering if I’d get my flowers in the ground before the clouds broke free.
Soon the house would have new siding, brick window casings and a new front porch. And because the roof was flat and tarred, men from our church descended upon us early one Saturday morning, raising pitched rafters and putting on a new roof. It was like an old-fashioned barn raising in the suburbs! They wore blue overalls with pockets of tools and handkerchiefs. One carried Bible tracts in his back pocket and just before the work began, I heard a whole bunch of deacons high on my little green house say a hearty prayer and a big hallelujah amen (kind of like a Baptist football huddle but not…) 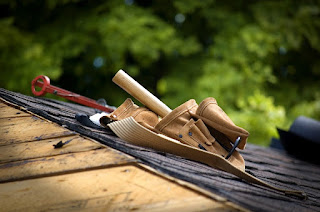 We suddenly had an attic and beautiful wood stained siding in the course of one day. I can still see my Dad up on the ladder, hammering and laughing with the motley crew, along with my father-in-law who covered his balding un-churched truck-driving head with a neck gator so that he could dodge impromptu Scripture-throwing and splinters at the same time.  I needed to spruce up the outside with bulbs and patches of prayed-in dirt.
The year was 1979. I was expecting a baby and the move had been difficult. My mother-in-law moved boxes for me and put my house together. I just wanted to plant things in the ground.
The chorus in the shingled sky continued. They hammered. And sang. And prayed. I ran as fast as I could from flying nails – as fast as a pregnant woman could run – and served iced tea, carefully and slowly walking barefoot through the grass filled with tape measures and lumber, wondering how we would ever repay them for such kindness
And then it started to rain

Everything in the universe is composed of five elements: wood, fire, earth, water and metal. I had all five elements on top of my house at the same time. It was like watching spiritual improv on my own personal green Mount of Transfiguration! Jesus told a crowd of people that His Father sends rain to the just and the unjust. During my green house days, I saw Him send rain on the churched and the un-churched. My neighborhood had never heard such.My house was transfigured in a day.My heart was changed forever.

Which brings me to why I think I know what my heart was trying to tell me this morning some forty-three years later when God as my Witness, I sat straight up in bed and smelled earthy rain clear as day. Not a cloud in the sky outside. But I’m sure I heard a thunderclap in my bedroom. It came from way back in the suburban days of newborns and baptisms, deacons and dahlias…
Two simple words have been floating around in my consciousness for about three years now and they won’t let me go.
Remove judgment.
The year of 2019 was a banner year of bodacious struggle, you see…literally raining down on my pencil head with a force so ungodly I didn’t think I’d survive it  and that was before the pandemic began. I had a right to hate. I had a right to seek revenge. I had a right to….to…..undo myself.
Remove judgment.That’s what Spirit said.
I’ve been trying for three years to fine-tune that command. “But they did this…” Remove judgment. “And then they did that!!…” Remove judgment. “But they deserve to pay for what they did. They are the unjust. Right?”Remove judgment. 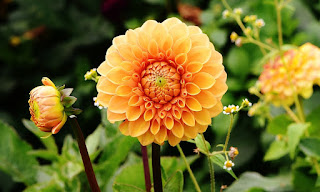 Finally one day I asked why. And the answer I got was like unbounded water falling off a roof.
Because your freedom is at stake.
The cloud that filled my room this morning
was the same cloud that kept those heavenly roofers hammering in the pouring rain
and is the same cloud that continues to transform me when life sends thunder and lightning.
Whenever I feel justified in judging no matter how justified it is
I hear those two words and stop myself lest it be my undoing 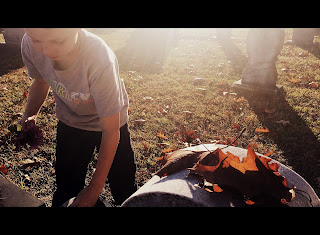 This morning my own sweet grandson gathered a pile of rocks, sticks and leaves (those elements…) and took them to the cemetery. He made an arrangement on top of Papa’s marble headstone with great care and deliberation and I felt
the power of marble on marble, peace on peace, granite and wood and fire and earth
and water 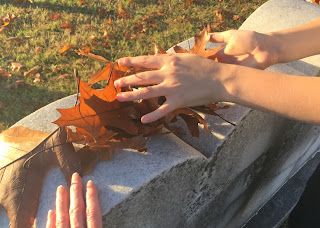 and maybe the sound of hammers 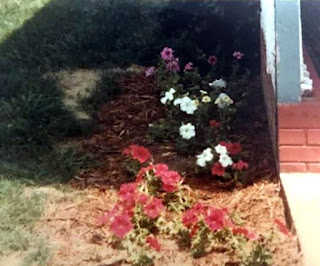 My flower garden 1979
Watered with sawdust
no judgment

Blog for peace Nov 4. Join us
blog4peace.com to get your own peace globe

Looking For Your Peace Globe?